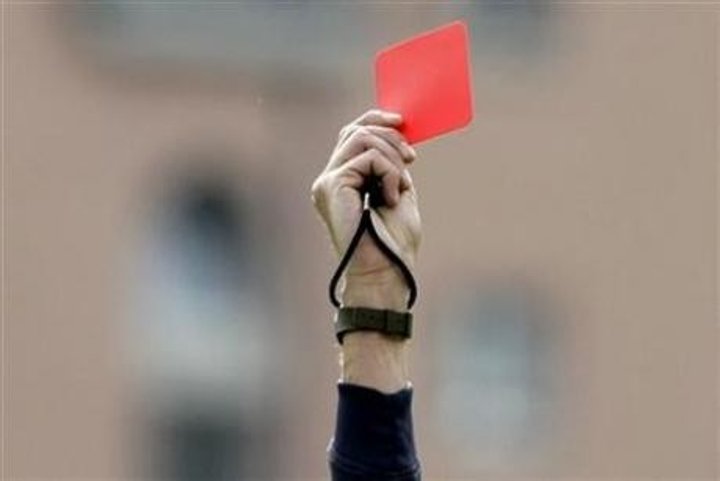 A smattering of midweek fixtures were bestowed upon the Witney and District as many teams played out their game in hand ahead of super Saturday at the weekend. Of the twelve semi-final places available, over the three cup competitions, less than half of the spaces have been taken with multiple teams still in with a shout of reaching their respective last fours.

Only one fixture in the Senior Cup but a crucial one nonetheless as Wootton hosted Milton. Although Wootton’s hopes had been dashed earlier in the competition, Milton had the ball in their court with regards to whether they would advance into the last four. It was a tense and tightly contested affair with the game played at a good pace. Whilst Milton enjoyed more possession, it was Wootton who squandered decent chances to go ahead. In fact, Wootton only grew stronger as more chances came and went. Lee Spencer spurned a glorious opportunity from in front of the posts and then with Milton’s keeper stuck in no man’s land coming for a ball he had no right to claim, Karl Ware tried an audacious 35 yard lob only to see the ball bounce agonisingly over the bar. Somehow the game was goalless at half time.

The half-time team talk for the boys in blue seemed to rally them. Just seven minutes in and Sean Godfrey headed against the post for Milton’s best chance yet. Another corner, same post struck as Phil Stringer’s defensive header came close to finding his own net.

Halfway through the second half and Milton again came close, centre half Chris Godfrey fancying his chances from 40 yards out hit a sweet strike that only just whistled past the wrong side of the post.

And so came a dramatic conclusion. With the clock reading ninety a mistimed header from defender Gary Townsend struck the same post as twice previously but Wootton’s luck had run dry as this time the ricochet bounced kindly for Alex Ayres to bury the ball into the net to give Milton the lead. Milton held strong against one final Wootton attack and the final whistle sounded to give them the three points, enough to sneak into the top two with just one game to play.

Ducklington faced off against Aston on Wednesday night with both sides in search of three points to keep their hopes of qualification alive. A Duck win would put them second and eliminate Aston, whereas an Aston win would keep them in contention along with Combe and Ducklington.

A greasy pitch soaked by the evening showers met the players with Aston using home advantage to dominate early proceedings and test Tom Shore in the Ducklington goal on a number of occasions, with Jack Scott looking lively for Aston.

Against the run of play Ducklington took the lead. Tom Costley’s first appearance of the competition was very much welcome as his 25 yard free kick flew over the wall and in. The lead was soon doubled as Charlie Fisher scored from a similar distance, a skidding shot picking up pace as it hit the greasy surface and beyond Josh Barber in the Aston net.

It was harsh on Aston and they soon got themselves back into the game, Sam Aston heavily deflected strike flew into the net past the stranded Shore. However, Duck were able to restore their two goal advantage just before the break, Costley scoring his second of the game, from another free kick. With the ball placed wide on the right, Costley’s strike flew into the top corner leaving Barber with no chance.

The second half was less frantic with few openings, but Fisher made his opportunity count to score a second from close range following fine link up play between Harvey Butler and Chris Smith. Alex Murrell pulled one back for Aston with ten to go to give them a glimmer of hope but Duck held on to set up a final game showdown with Siege FC for top spot in the group.

In the battle of the top two at Monahan Way, group leaders Carterton Town B thumped second placed Kingham to safely advance into the semi-finals. The opening 15 minutes saw Kingham have the marginally better chances but were guilty of failing to capitalise on some defensive errors leaving stand-in keeper Nick Lister with easy saves. Carterton grew into the game and pacey Nathan Nyenga taunted and haunted the Kingham back line with his pace and trickery. Corners rained down on the Kingham box but Carterton couldn’t capitalise with any of their chances.

Halfway through the first half the deadlock was broken. Carterton broke smartly from a Kingham attack and a perfectly weighted through ball found Carl Drury on the left wing, he broke into the box, calmly took one last touch before sending the ball past the onrushing keeper. The game remained well balanced with no real chances of note until, on the brink of half-time, Carterton finally made one of their corners work. With the ball floated in from the right touchline, Rich Hall rose highest to power the ball into the back of the net and give Town daylight at the break.

Any hopes and dreams of a Kingham fightback were blown away in the opening seven minutes of the second half. Following yet another corner, Kingham couldn’t get the ball clear and half-time substitute Steven Cox rifled home a volley from the edge of the box for goal number three. Just two minutes later it was four, a scramble in the Kingham box put the ball airborne and John Sword was able to outjump the Kingham defender and the despairing goal keeper to nod the ball home for the fourth and the points.

Credit to Kingham who never stopped trying and probably enjoyed the better of the second half at that point, not that Lister was ever tested between the posts. The score stayed the same until the 90th minute when Mark Williams ran through on goal, prodded the ball past the keeper and the retreating Kingham defenders were two paces too slow to stop the ball bouncing over the line for goal five as the final whistle ended the game.

A carbon copy score line at Chadlington as Brize Norton kept up their hopes of advancing with a 5-0 thrashing. Despite Chadlington battling bravely, Brize just had too much in the tank for their opponents as Haydn Parker fired home a hat-trick. Adam Davis and Ryan Weston both added a goal each as they moved to within two points of the top two. The win sets up a meaningful contest in the last game as Brize visit Kingham on Saturday afternoon.

Hailey A maintained their 100% record and qualified as group winners with a tight victory over Brize Norton Reserves. The game was end to end stuff as Hailey looked to finish their group campaign unbeaten whilst Brize went in search of a victory that would put them well in the mix for qualification on Saturday. As it happened just a solitary goal was required from Zac Payne to secure a win for the hoops of Hailey. They will have to wait until Saturday to learn of their semi-final opponents with four teams still mathematically capable of finishing second in the other group.

Witney Royals have scored nineteen goals in the group stages so far and fourteen have come in the last two games as they appear to be hitting their stride at just the right time. This time, a 5-1 demolition of Sherborne Harriers took place on a cold and wet evening in neighbouring Gloucestershire as Royals kept their fate in their hands ahead of the final games on Saturday. Despite a goal for Sherborne, Royals came through the task with some ease in the end. Goals from Elliot Major, Olly Nolan, Ryan Harris and a brace from George Lambourne secured the three points to leave them on the brink of challenging Hook Norton Reserves in the semi-final

Much like Hailey A, Hook Norton Reserves are still at 100% and guaranteed top spot, although their Tuesday evening was slightly easier than Hailey’s according to the score line. They visited Leafield in a battle of the top two in the second Supplementary Cup group, with both sides hunting for three points to take them towards the last four. Both sides played some nice football and showed signs of the quality that had got them to the top two positions in the league but inevitably ended up cancelling each other out as the first 45 passed without incident or goals. 0-0 at half time.

The second half was in stark contrast to the first as the goals flooded in. 10 minutes after the restart Hooky had the lead as Dom Hemmings slotted home to give Hooky the lead. It stayed that way for 15 minutes where Hooky doubled their lead to effectively make sure of the points, Jay Mair in the right place at the right time to steer the ball home. There were three goals in the last 20 minutes as both sides pushed men forward.

Leafield got themselves back into the game thanks to a goal from Kyle Grimmet but the one goal deficit was short lived as Mitchell Faulkner slotted home Hooky’s third and the semi-finals were secured for definite as Jay Mair got his second of the night and Hooky’s fourth to ensure Hooky took the points, and top spot, in the 4-1 win. Leafield control their own destiny on Saturday when they play Spartan Rangers A.

Chipping Norton’s outside chances of qualification are over as they slipped to defeat against Stonesfield Reserves. A 3-0 victory for the away team brought them their second win of the group stage. Luke Burns goal sandwiched between Kai Barnes’ brace saw the three points go home with the visitors.